Saphire has been cranking out all the little broken UI bits from the bootstrap 3 -> bootstrap 4 upgrade, here is the new upload buttons working now:

We now have support for adding artist records, it’s pretty basic right now but allows you to tag art with any number of artists and an artist to have a profile.

ECrownofFire made our reporting system “generic” allowing us to report all different kinds of objects (comments, artists, users, etc.) with a much more simple unified structure. Less code duplication is always good.

We broke out testing to run on Linux due to issues with Docker for Windows and Continuous Integration, it was just easier to rely on Linux for all of that.

As part of that we’re testing our Ceph platform now.

And the reason we love testing comes out: we found an off-by-one error with the throttling threshold (eg: if set to “10” it wouldn’t throw till trying to upload the 12th image instead of throwing on attempting to upload the 11th).

ECrownofFire found an alternative code coverage solution to dotcover now that we’re on Linux – coverlot & coveralls is a good combination for us now: 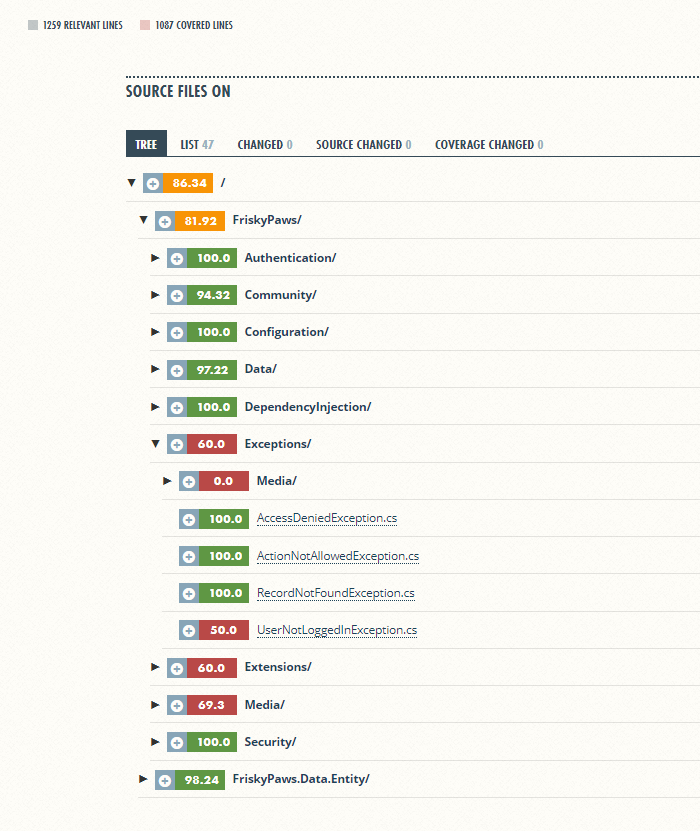 As a lot of back-end code starts to wrap up we start running into focusing more on the front-end, so expect a lot more visuals over the next couple of weeks!